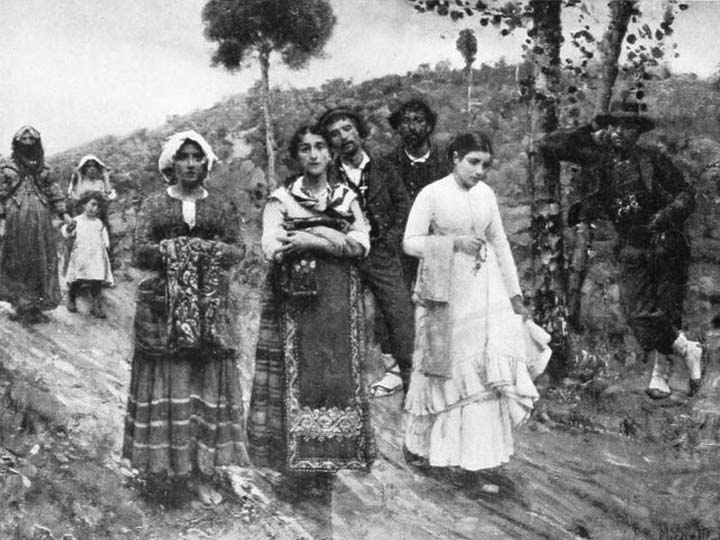 September 14, 2017March 12, 2021 Emidio SpinogattiBlog postsNo Comments on What does the wording “in capillis” mean?

While analyzing documents from the 18th century, or before, we may read sometimes the wording “in capillis” referred to a woman, often listed as daughter or sister of a head of the family. So we may read respectively “figlia in capillis” or “sorella in capillis”. This literally means “in her hair” that, out of its context, doesn’t make much sense.

The origin of this wording has to be researched in the Roman law in which “virgo in capillis” refers to the condition of virginity of a girl and to the custom of wearing her hair loose and uncovered, sometimes simply tied in a ponytail. Married women instead used to wear their hair tied up, put together in a complex hairstyle, and often covered. 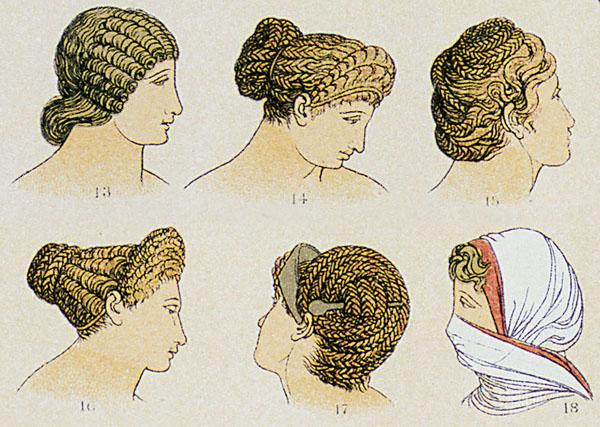 Image 2: examples of women’s hairstyle in the Roman period.

So this wording was kept in the formal documents, until most recent centuries, to refer to the condition of a girl of marriageable age. The Bourbon cadastre in the Kingdom of Naples is a kind of document in which we will find this wording, sometimes shortened as shown in the image below (“in cap.”). Same can be found also in notary deeds like dowries, wills, loans and other papers written by a notary using legal language. 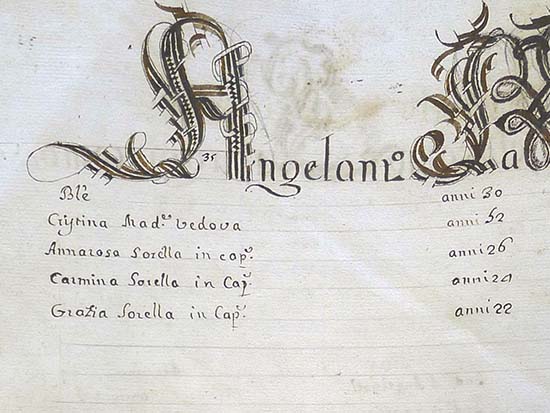 What does the wording “in capillis” mean?