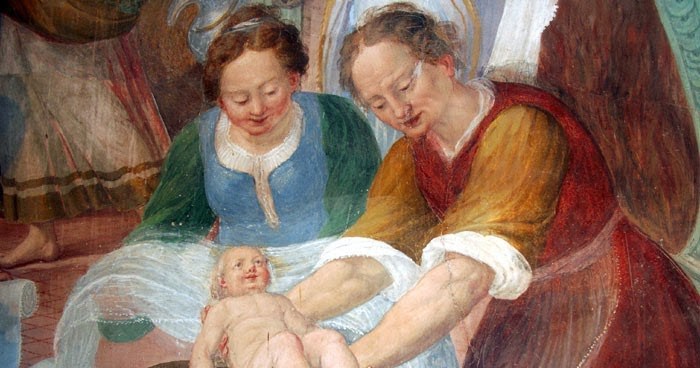 The year was 1882 and in Colledimezzo, a village in Abruzzo lying on the hills in the valley of the Sangro river, life was quiet but hard. At the time not more than 1700 people lived in the village and most of them were farmers or farmhands. And also Giovanni and his wife Maddalena were farmers. That year was hard, especially for Maddalena because she had to do the housekeeping, prepare meals for the family, care of the children and work the land. And to make the things even harder the fact that Maddalena was pregnant.

In December her belly was very big. At the time they used to predict the sex of the unborn babies looking at the shape of the belly, and old ladies were quite good at that. But in the case of Maddalena it was not easy to tell so that no one succeeded in the prediction, or, from another point of view, we can say that everyone succeded.

It was the night of Christmas when Berardina, an experienced midwife of the town, was called to run to Giovanni’s house to assist Maddalena already in the middle of labor pains. And the baby was born at 5 am, he was a male in quite good health.

But Maddalena continued to feel the pain and after some time they realized that a second baby was waiting to see the light. So there was more work also for Berardina and the second delivered was a female, born at 6.15 am.

For the boy born in this particular day, there was no doubt on the name to choose, he was called “Natale” (Italian for Christmas). But there was some hesitation about the name for the girl. What name was likewise intense and suitable for this special situation? They thought about it for a while and eventually, they decided that she could not be called less than “Pasqua” (Italian for Easter)!
With this simple story of an Abruzzese nativity scene of the past, we wish all our friends, clients and followers to live the real Spirit of Christmas… for Easter, we can talk about it later!

A Simple Christmas Story of Some Time Ago in Abruzzo

Scroll to top Do NOT follow this link or you will be banned from the site!